Scheltema Leiden is a unique and beautiful venue for hosting cultural and business events. We are housed in an old blanket factory dating back to the early 19th century. In this authentic historic building, traces of Leiden’s industrial past are visible everywhere. They add a great deal of character and an amazing atmosphere to this place.

Both sustainability and collaboration with local entrepreneurs in Leiden are of paramount importance to us. This means you can confidently organise a meeting, conference, event, presentation or performance in our landmark building.

For groups up to 550 guests

Plenty of parking space around the corner

We mainly work with local suppliers

Sustainability is a high priority for us

Located in the historical centre of Leiden

Right in the heart of Leiden’s cultural district

Scheltema Leiden is a wheelchair-friendly location

ALL POSSIBLE IN SCHELTEMA LEIDEN! 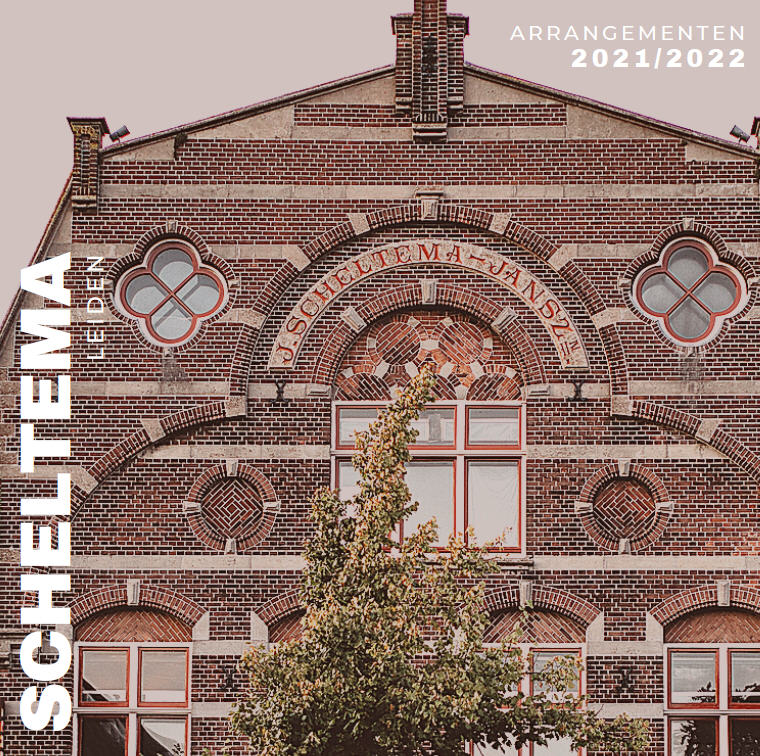 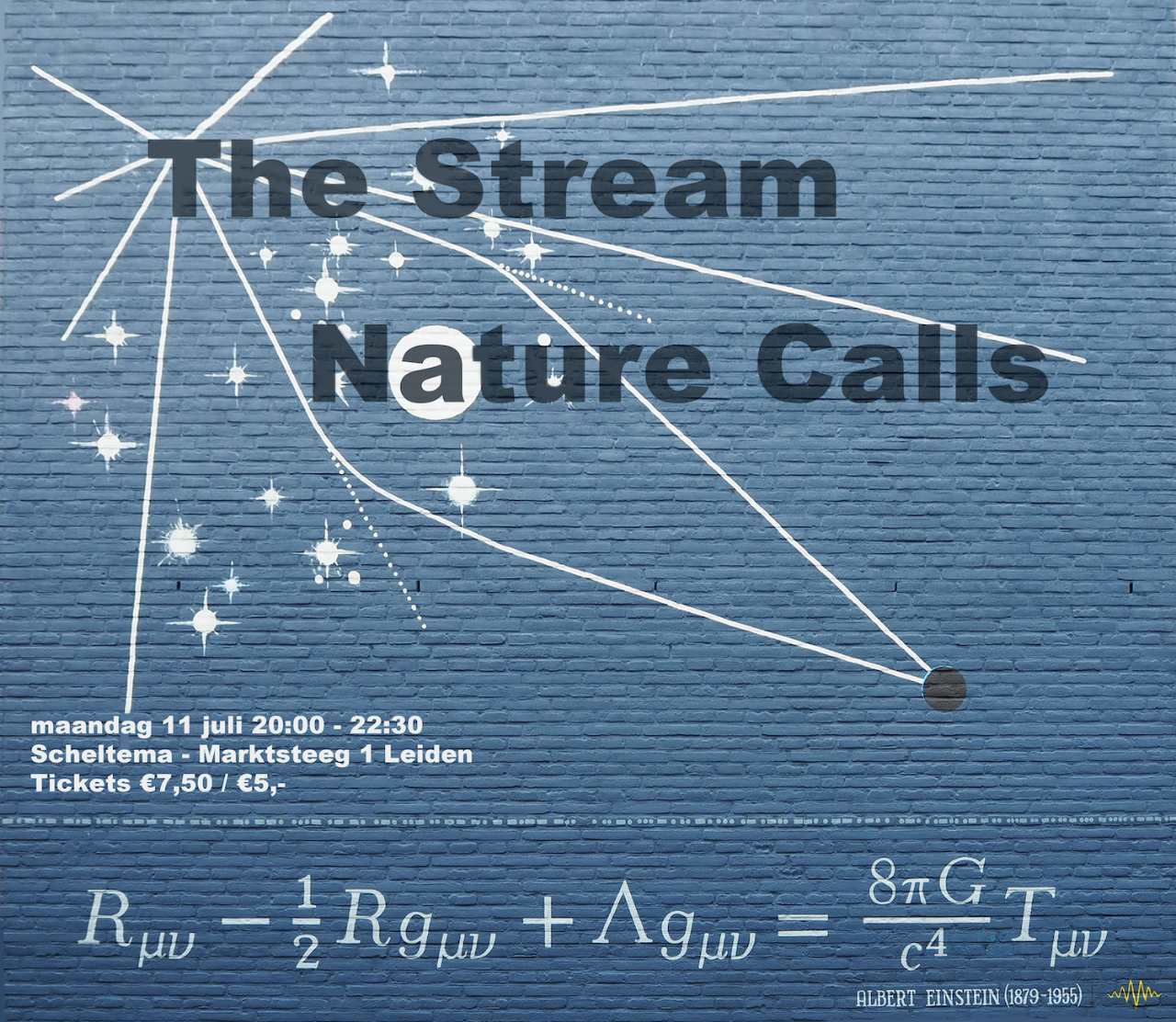 Leiden will be the European City of Science in 2022, and “Wall formulas in the City” will be on the program on Monday 11 July. A day that starts with walks along the various wall formulas, and that ends with a very special performance in Scheltema. The Leiden band The Stream made a new show especially for this event, called Nature Calls.
The inspiration for the music was drawn from the many wall formulas in Leiden and the ideas surrounding it. And anyone who has heard and seen this orchestral pop/rock band before will undoubtedly know, there is more… The music program, consisting of no less than 20 songs, will be provided with some live demonstrations of real physics experiments performed by Rino. To complete the multidisciplinary spectacle, The Stream collaborated with Lennard van der Valk, who adds his fantastic projections.

During this performance, The Stream takes you on a journey full of wonder, from the unpredictability of the smallest particles to the grandeur of the universe. And, without revealing too much in advance; they go out with a bang! 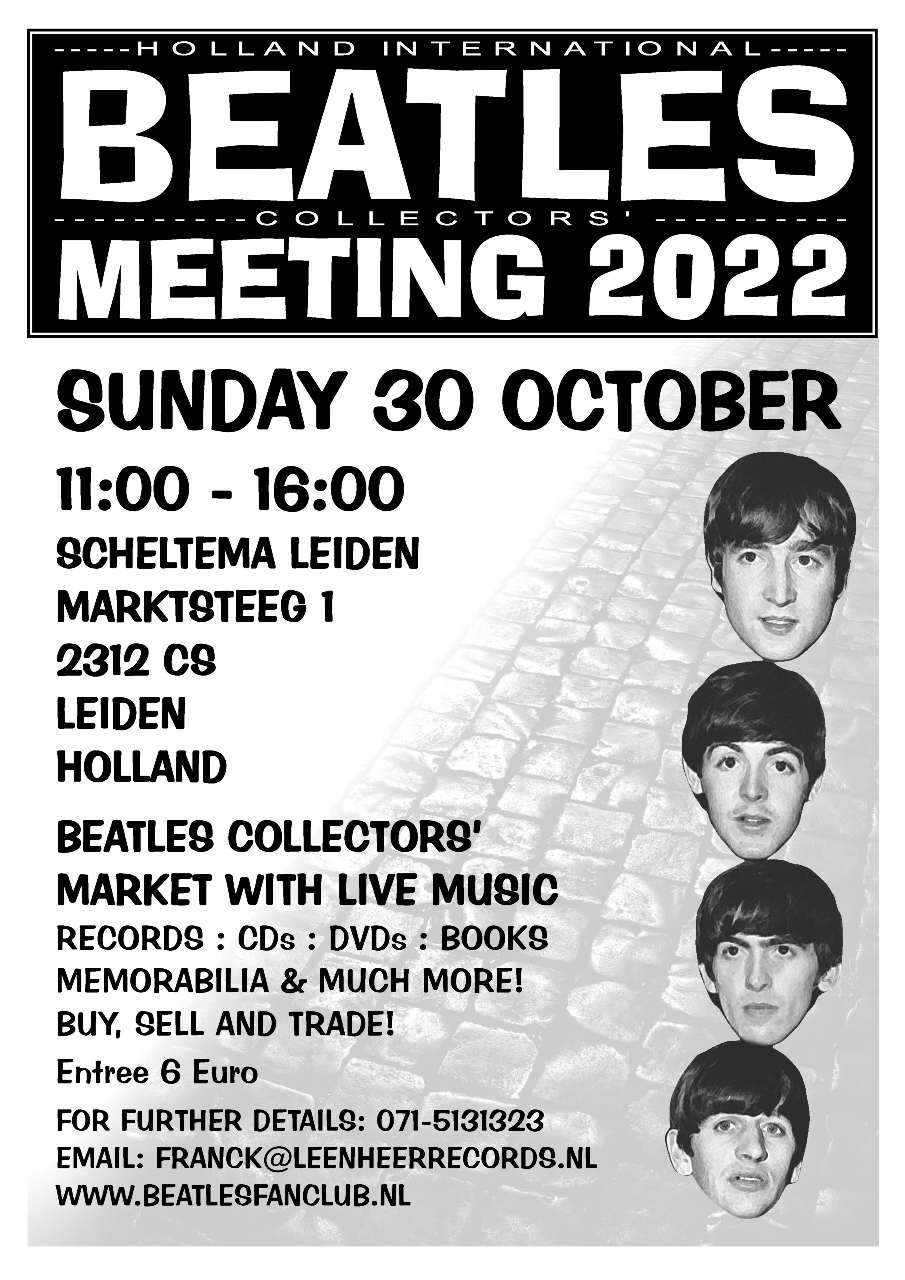 The Beatles have been “split up” for over 50 years, but their music still engages millions around the world and the sales of their old records (CDs) are staggering. Millions are sold worldwide every year!! And also in the download lists the Beatles are in the highest regions!

The music of John Lennon, Paul McCartney, George Harrison & Ringo Starr can now be called “classical”. The song “Yesterday” was even voted “song of the (twentieth) century”.

50 years after the breakup of The Beatles, there still seems to be a great deal of interest in everything the “fab four” did. And Paul McCartney and Ringo Starr are still playing to sold-out crowds worldwide!

Beatles fans, collectors and enthusiasts can visit Scheltema Leiden at Marksteeg 1 (corner Oude Singel) in Leiden (close to Leiden-Central station and with ample parking nearby) on Sunday 30 October where, for the 44th time, De “BEATLES MEETING” takes place.

At this Beatles fair, fans, enthusiasts and collectors can browse the thousands of LPs, singles, CDs, DVDs, books, magazines, videos and memorabilia available to view, buy or trade.

There are also booths from the Beatles Fan Club and the Paul McCartney Fan Club. And there’s Beatles & Sixties Live music again. The rest of the program is still being worked on.

Visitors can also bring Beatles records or memorabilia to trade/sell or have them valued at no obligation.

This day is organized by Franck Leenheer in collaboration with www.beatlesfanclub.nl , the most visited Dutch-language Beatles website.

Beat-Meet 2022 should not be missed as a Beatles fan! 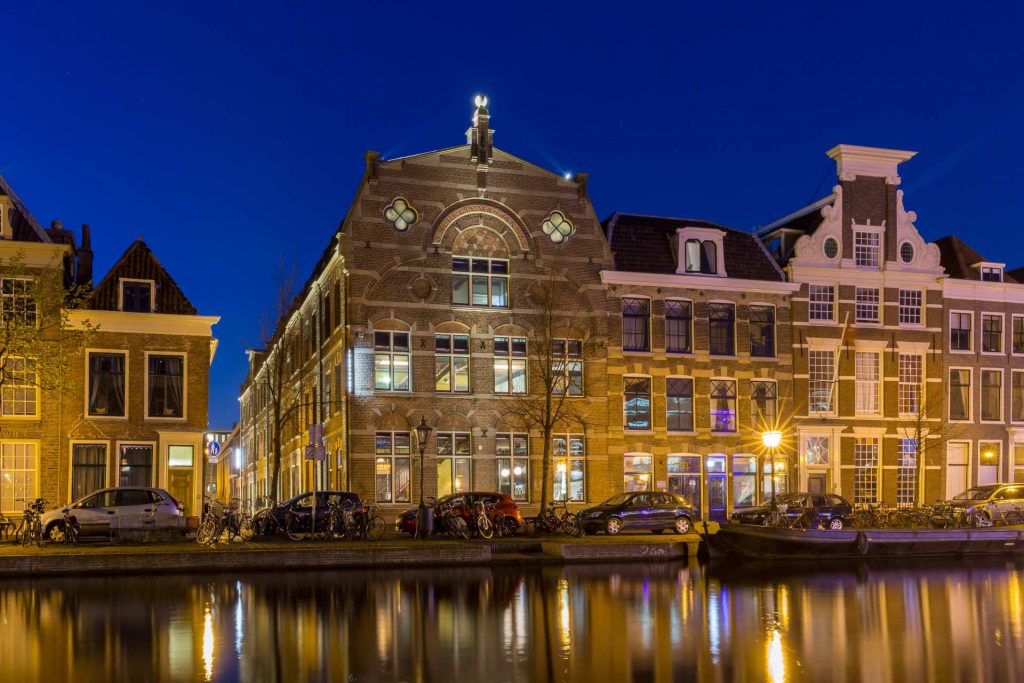 Scheltema Leiden is a unique and beautiful location for cultural and business events, housed in an old blanket factory from the early 19th century. In the authentic historic building you can see the traces of Leiden’s industrial past everywhere. It gives our location character and a unique atmosphere.

Both sustainability and cooperation with local entrepreneurs in Leiden are of paramount importance to us. This allows you to enter our characteristic building with peace of mind for, among other things, a meeting, conference, event, presentation or performance.

Do you have any questions, do you want to come by for a viewing or do you want to rent / take a room as an option? Please feel free to contact us on 071 514 4441 or info@scheltemaleiden.nl .

ALL POSSIBLE IN SCHELTEMA LEIDEN 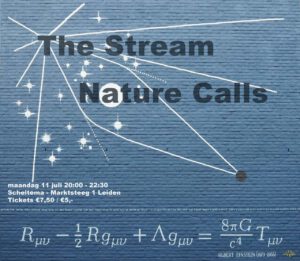 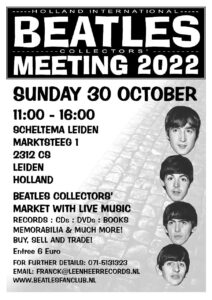